Press enter to begin your search

We Specialise In Helping Businesses Like Yours Achieve Cost Effective Growth

Microsoft Dynamics AX is a flexible, feature-rich product which, if managed and supported correctly, delivers significant business benefits and return on investment.

About us – Who we are 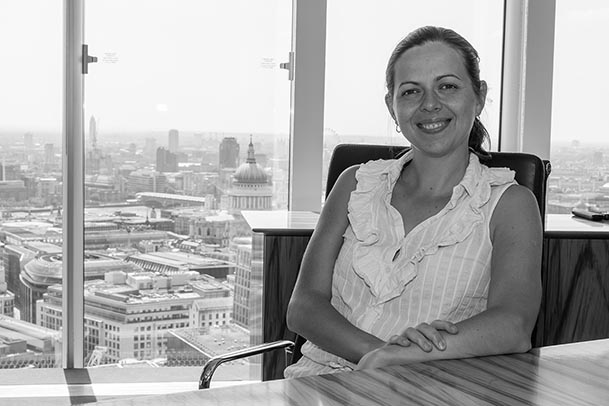 IKYB Ltd was born in 2013. We specialise in implementing IT systems based on Microsoft stack of servers and development tools. Our extensive experience in Enterprise Resource Planning (ERP) market has led us to choose Microsoft Dynamics AX as the favourite platform to build large and SME business solutions.

The founder has spent 10 years working on different IT projects in wholesale, retail, steel, medical equipment and media industries. During those years, she maintained network infrastructure, installed and monitored production and development servers, designed and build software packages, assembled and trained development teams. Her passion for improving and enhancing business processes through technology is engrained into the company’s mission to deliver quality solutions to the clients.

We can be called upon:

Our Services – What We Do – And How We Do It

We offer advice on Solution Design of IT systems and business processes. In order to arrive at the best possible design we would normally carry out a number of workshops with business process owners and subject matter experts.

The outcomes can be presented as:

Every system can benefit from enhancements in order to make business processes more efficient and meet the requirements of ever changing business practices. Development is the most fun stage of every system implementation.

A number of factors determine the success of the development stage:

We add most value by following best practices in system design and development. Well-designed code can save thousands during project life-cycle. Not to mention the satisfaction of a neatly written block of code that makes the system perform in a designed way.

SharePoint, Photoshop and Notepad++ are little extras we rely on for a WOW effect.

We can advise and carry out the installation and maintenance of IT environments. Well specified and monitored systems are a first requirement of a successful deployment.

Deployment is one of the areas not to be overlooked on large implementations as it is a conveyor belt that delivers everything to Production environment.

Team Foundation Server is the tool of our choice to perform continuous and on-demand builds and deploy them to specified environments.

TFS branching is another strategy we can bring to separate the development streams. This helps clients to continue development for future releases while still addressing emergency issues.

The number of testing cycles will vary per company and set of functionality released at any one time. It is recommended that the deployments go through System Integration (SIT), System Application (SAT), and User Acceptance (UAT) testing.

The testing procedures are like any other processes that can be carried out either manually or automatically. Most implementations still go down the route of more familiar manual approach. And the values of manual testing cannot be underestimated. The user group designated for testing is sure to find most obvious shortcomings of the systems as well as offer advice on new features and improvements. But at the same time, it can lead to full system shutdown at the time of maintenance releases when the full testing cycle is skipped due to time and resource constraint, and only released functionality is tested.

The best advice would be to complement manual with automated testing. Automated testing can require upfront investment in setting up the systems to run automatic testing and writing testing scripts. But the cost will be justified when the malfunctions are picked up in a matter of hours instead of days, and faulty deployments stopped before reaching production systems.

Bug or change requests, and prioritizing of the defects to be fixed.

The schedule and volume of releases is an art. We are here to advise on how it can be made simpler through adoption of proven release processes and right technologies.

Once the new system is deployed, it needs to be maintained and enhanced. The support can be arranged on a per issue basis or as on-going contract. To make systems easier to maintain the company should ensure that the legacy of the main implementation is not lost through maintaining the systems designs and specification documents, origin and traceability of code releases and investing in its subject matter experts workforce.

Data migration is a process required to ensure the system contains all the data to carry out the designed functions. In the most common scenario, data will come from a legacy system Microsoft Dynamics AX is replacing. Company mergers and acquisitions will also prompt the need to expand the current data with the data of the newly acquired company. Microsoft Dynamics AX is sophisticated enough to offer a number of tools out of the box such as built-in integration with Excel and Data import/export framework (DIXF).

There are a number of areas where we can assist you:

Another area of data migration includes developing the strategy of regularly moving data between environments. The process necessary during the implementation stage of the project to ensure that the developers and consultants work on the latest available data.

Enterprise Portal is the front end of Dynamics AX up to 2012 R3 version. Implementing the front end is not for the faint-hearted developers as the range of skills spans a multitude of technologies such as C# in Visual Studio, X++ in Dynamics AX and SharePoint web pages.

We have implemented a number of Enterprise Portal based websites in wholesale, retail and human resource domains, and would like to share that knowledge with you if you let us.

There is always a need to integrate with other systems. There are financial institutions that provide required information such as Bloomberg currency exchange and bank payment files to AX. Companies often do not want to throw old systems that served them well in the past in one go, and rely on gradual adoption of the new systems. Implementing the right interfaces to such systems is a well supported feature of Dynamics AX.

Slow systems are bad systems. The reasons for performance degradation vary. We have seen things like enabling the correct server setting, selecting right hardware, applying the maintenance packs on timely basis, purging obsolete data regularly have an immense positive impact on the system health and performance.

Our favourite task is code optimisation. Unfortunately, it is still very common among developers to write code that does not reduce the number of client-server calls and optimize SQL queries in the most efficient way.

We will run all of your common business processes through the Trace Parser tool and highlight the areas for improvement.

Microsoft’s offering already includes a lot of facilities to analyse any code base. You can run you model through it to retrieve a report on where best practices where not adhered to in the code.

But you may also want to seek further help with the report interpretation and correcting the best practice errors.

Solutions And Areas – How We Can Help

The core module of Dynamics AX. We can offer any help in extending the module to meet your company’s requirements.

The original and very popular module of Dynamics AX. It offers excellent features required for buying and selling in today’s competitive markets.

The module offers the best value for money in the whole of the ERP market. It transforms storing and delivering goods into the most efficient processes in the house.

The calculation intensive module of Dynamics AX. It requires very good understanding of business process from the implementing consultants and developers.

The service and legal industry module.

The module that takes care of your workforce happiness.

The area that drives decision making on an operational level. The under-resourced side of the main project implementation that suddenly comes to prominence when the system goes LIVE.

The outsider and late addition to the Dynamics AX family. The retail implementations are the most interesting due to the sheer volume of technologies and parties involved. The benefits of the systems felt not only by the implementing company, but it customers as well.

Our Work – What we’ve done

Implemented the security solution for Microsoft Dynamics AX with extensive use of Address Books and Extensible Data Security (XDS).

Led a team of developers to implement Human Resource solution for a global base of 2000-5000 users.

Provided support and advice to Application Life-cycle Management (ALM) team on best practices and practicalities of code deployment into production.

Analysed the performance deterioration of custom reporting in Project management and Accounting module. Identified code that resulted in slow running SQL queries and provided advice on optimizing it.

The project was half-way through its delivery and required somebody who could review the developments and address any issues in order to speed up the implementation. We have provided just that.

Service provider for the steel industry

Stemcor embarked on the implementation of Dynamics AX 2012 solution to meet its complex requirements as a steel producer, wholesaler and retailer. The client decided to do all the work in-house.

We helped Stemcor to assemble and supervise a team of 11 developers.

Distributors of radio control models and supplies in UK

Built and maintained the internal infrastructure to bring the client online for b2b transactions.

One of the UK’s Leading Model Shops

Built the back-end infrastructure and software systems for operating the company’s website.

Connect with us on Linkedin

Send us a message

We have strong analytical, design and software modelling skills and are able to gather requirements and convert them to a working version of the system.

Imagine a suite of easy-to-learn and easy-to-use business solutions tailored to your market, designed for your business size, and dedicated to growing your business through happy customers. Microsoft Dynamics offers a full range of software focused on delivering business insights that matter to both you and your customers.

We have strong analytical, design and software modelling skills and are able to gather requirements and convert them to a working version of the system.

Imagine a suite of easy-to-learn and easy-to-use business solutions tailored to your market, designed for your business size, and dedicated to growing your business through happy customers. Microsoft Dynamics offers a full range of software focused on delivering business insights that matter to both you and your customers.
IKYB Limited
309 Chigwell Road
Woodford Green
Essex
United Kingdom
IG8 8PL

Send us a message